40 signs you know you’re from Adelaide

Don’t mean to show-off buuuuut, Adelaide has yet again made the Top 10 Most Liveable Cities list, according to the Economist Intelligence Unit’s Global Liveability Index. We came in at number 10, beating off most other Aussie cities, except our rivals in Sydney and Melbourne.

To celebrate our wonderful state and all the things that make it uniquely “Adelaide” I’ve made a list — 40 signs you know you’re from Adelaide. Enjoy.

2. You’ve never posed for a photo with the Malls Balls. But, you have with the brass pigs outside the Myer Centre.

3. You’ve said, “How small is Adelaide!” about 20 thousand times, but you hate when someone from interstate says it.

4. You’ve driven down Victoria Avenue in Unley and picked out which house you’d live in WHEN (not IF) you win the lottery.

5. You’ve never been to Kangaroo Island, but you tell all your interstate friends how good it is.

6. When you meet someone for the first time, it takes less than a minute to ask, “So which school did you go to?” 8. You’ve walked over to Granite Island 100 times and every time you get there you think, “What the hell is there to do here?” So you walk back again… And get a hot cinnamon doughnut.

9. You think you discovered a secret, free parking spot in the CBD. (Lawn Bowls Club opposite Prince Alfred College).

10. You’ve driven past Virginia on your way to Gawler and made a vagina joke. 11. (a) You still call The Beachouse, Magic Mountain.

(b) You heard (and spread) a rumour that there was a razor blade found on one of the Magic Mountain water slides. But, nobody knows where the rumour came from. #itsnotrue 12. You’ve climbed Lofty and lied about the time you did it in.

13. You get annoyed when interstaters call Adelaide, “Radelaide”. But, you’re allowed to.

14. When talking about Adelaide in the ‘90s, Dazzleland is the first thing you think of.

15. You’ve walked down Rundle Mall with your head down, so you don’t bump into someone you know.

16. You’ve been drunk in the back of a taxi and made the driver take you through Macca’s on West Terrace.

17. You’ve walked from Hindley Street to Rundle Street… then back again at 3am.

18. You’ve lined up at the Port Elliot Bakery. 19. You went on an excursion to Bolivar Sewage Plant and complained about how foul it was, for the next 20 years.

20. You secretly know that Peter Combe is so much cooler than The Wiggles. #Newspapermumma

21. You hate how east-coasters pronounce their “A”s as “E”s. They pronounce Ellen as Alan and Alcohol is Elcohol.

22. You went on a date to the Ice Arena and thought you were so hot when your fave song came on while you were skating.

23. In your early 20s, Moseley Square is the BEST square in Adelaide. In your 30s, it’s always Henley Square.

24. Half your family is Port and the other half is Crows. 26. You used to listen to Paul, Amanda and James on SAFM.

27. You don’t know the difference between Wakefield Street, Pirie Street, Grenfell Street, Flinders Street and Grote Street. Which one’s which?

28. You love the parklands (they’re so pretty) but you wouldn’t dare walk through them.

30. When interstaters come to visit, you take them to Hahndorf and wonder why you don’t go there all the time. It’s gorgeous!

31. If anywhere takes longer than 15 minutes to get there, it’s too far away.

32. Every time you go to Mt Lofty Botanic Gardens, you say, “This is so beautiful, I need to come here all the time!” But you don’t because it’s too far. 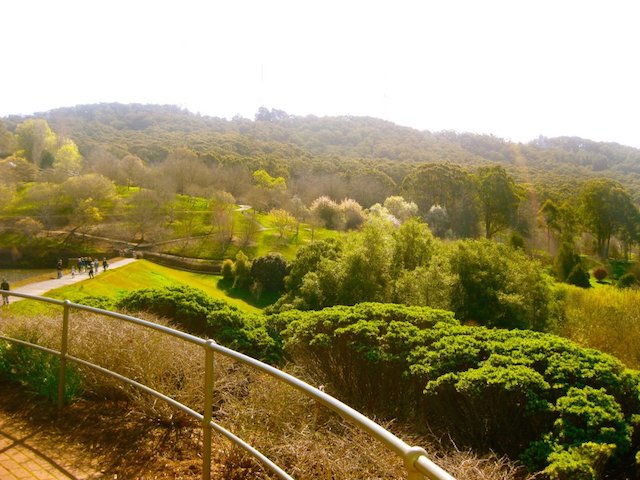 33. You think “Clipsal” is just a car race and you’ve spent most of March (for the last 16 years) complaining about the Clipsal traffic.

34. Nobody is quite sure how to pronounce Nairne.

35. When going to the movies on Rundle Street, you always get the Palace and Nova Cinemas mixed up, and go to the wrong one EVERY. SINGLE. TIME.

37. You learnt to ski at Mount Thebarton.

38. You’ve eaten a pie floater, while you were drunk, outside the Casino.

39. Because of the way you pronounce, “DANCE”, you’ve been asked, “Which part of England are you from”?

Did I miss anything?