A new store has just opened and I cannot contain my excitement! No, it’s not COS or Sephora or H&M. It’s a 24-hour Wendys in Bordertown. I’m like a pig in a chocolate milkshake, because it’s one more food option on a 736-kilometre stretch of road that I know intimately well (and a 736-kilometre stretch of road that has some very poor food choices).

I’m writing this post on the road driving between Melbourne and Adelaide for what feels like the 977th time. Another weekend, another engagement party/wedding/1st birthday/hen’s day/dog’s birthday. I’ve lost track. The perils of working in Melbourne but seemingly living in Adelaide. 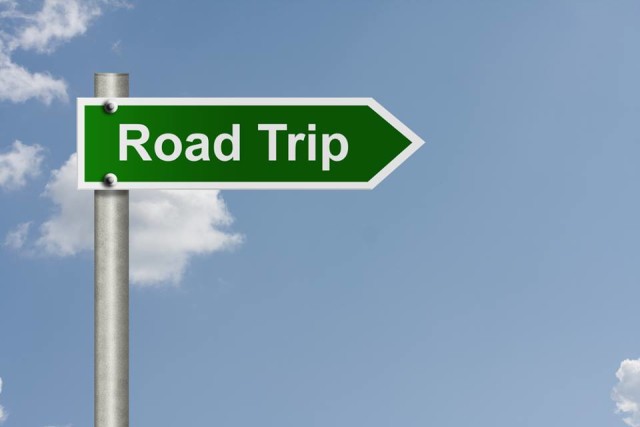 Short of a personal jet, driving from Melbourne to Adelaide can be the fastest way to get between the two cities (if you take into account flight delays and airport dramas), especially now that the majority of the decade-running roadworks are finished.

Here are some hard and fast rules that will make the Adelaide to Melbourne drive an enjoyable one: There are three ways to do the Adelaide to Melbourne drive: the short way, the long way or the scenic way, via the Great Ocean Road.

Yes, the Great Ocean Road is beautiful and a worthy (but winding) detour, but taking 12 hours (if you don’t stop, which of course you will, otherwise what’s the point), it’s the longest possible way to get from Adelaide to Melbourne.

Those on a timeline should head through the guts of the country, via Bordertown, Horsham and Ballarat. It’s an easy drive with sweeping roads and enough overtaking lanes but be warned, the scenery is as bland as a banana milkshake (not chocolate), all dry grass and gum trees. So there’s no point in stopping 50 million times, turning the eight-hour drive into a 12-hour drive (a.k.a. the long way), otherwise you may as well have just gone the scenic way.

Just before Horsham at Dadswells Bridge, yes, there is a GIANT koala!! But honestly you don’t need to stop here for 30 minutes for a lame #travelgram like every other tourist before you. If you’re well-timed, with the iPhone at the ready, it is possible for the passenger to take a selfie with the koala whilst driving past. No stopping, koala selfie, boom!

If it’s after dark, do not even slow down – there’s something not quite right about the Giant Koala’s piecing red zombie eyes. The best places to stop and eat

Unless you like your meals of the fat-laden and deep-fried variety, the food choices between Adelaide and Melbourne largely range from bad to worse. It’s taken some time to dig out the places that serve up something edible: Murray Bridge ::  a bustling regional centre, take your pick from a pub, café and take-away smorgasbord but it’s also only an hour into the eight-hour trip. Try to hang out a little longer for that potato pie.

Tailem Bend :: surprisingly, one of my preferred stops on the journey is the Tailem Bend BP. It has a take-away cabinet of fresh fruit salads, granola and toasties, plus ok coffee. It’s the perfect compromise between speed and something remotely edible.

Keith :: the Morning Loaf Bakery in Keith is a winner.

Bordertown :: well obviously Wendys! And, given the line up of locals at 12pm, I’m clearly not the only one who’s excited about the prospect of a midnight shake n dog. The Morning Loaf Bakery (a sister to the Keith store) is another good spot in Bordertown, and your last chance to inhale some South Aussie pastry goodness.

Kavina :: the Windmill Café and Visitor Centre do an ok take-away egg and bacon roll, with a side of visitor information.

Horsham :: during daylight hours there’s a decent café option in Café Jas Licensed Bar and Restaurant. Alternatively, if you’re happy to lose an hour in exchange for a parma, there are several good pubs.

Ararat :: there’s a nice dine-in café on the main street of Ararat called the Vines Café & Bar, which serves up delicious quiches and eggs benedict. However, it’s not a quick option and also shuts mid-afternoon leaving you with standard Subway, KFC and McDonalds fare. Next town?

Beaufort :: every time I drive through Beaufort I see the same rose-amongst-the-thorns café, Magnolia’s Bakery & Café. But every time I’m either not hungry or it’s not open. However, it has a really nice exterior…

Ballarat ::  the largest town on the eight-hour route, you’ll find your best food options here. Take your pick from abundant pub, cafe and take-away choices. However, it’s 10 minutes off and back on the highway and it’s only an hour out of Melbourne, making a stop pretty much pointless. Unless you’re about to wet your pants.

What to pack for the road trip

A pillow :: falling asleep in one state and waking up in another is the best way to make the drive go jet-like fast. I also have an eye mask and a pair of socks stashed in the glove box to facilitate this shut eye.

Driver’s licence and wallet ::  yes, pretty important too but clearly my husband missed the memo. On one of our roadies Jude was pulled over by the red and blue flashing lights at the state border (four hours from home) for being an “aggressive driver”, at which point he realised he had left his wallet and licence at home. Fortunately, I’m forever grateful to the police officer for letting us go and giving me proof from now until eternity to criticise my husband’s driving.

Headphones :: so I can listen to my ’90s dance music without complaint from the AM-listening old man sitting next to me.

Snacks and plenty of water :: plus a plastic bag for the rubbish. Note that a surfboard was not on my ‘what to pack’ list. Yet, somehow, it’s made its way into the car!

Plus, if you’re travelling with a spouse, it’s a great time to bring up difficult conversations knowing they can’t escape. Like the time I brought up how I want to hyphenate our future children’s last names. That was 90 minutes of amusement right there. This post originally appeared on Eat Play Love Travel, published as ‘5 things you need to know about the Melbourne to Adelaide drive’.