For the past 4 years I have had the pleasure of handing you your coffee and taking your photographs at The Breakfast Club family comedy gala during The Adelaide Fringe. It’s been funny – literally. Working with some of the best comedy acts from all over the world and asking them to amuse our children is truly hilarious. You never know whether the best laughs will be courtesy of the 4 year old throwing out random heckles “when does the magic start?” or from the acts, especially those who usually aim their jokes at adults and have to adapt quickly after doing three late shows the night before.

This year we have some new additions to the family so The Breakfast Club is taking a small hiatus, but I’m looking forward to taking my little tribe and their evil laughs to see some of my Fringe favourites. Here is my Fave 5 Family Friendly Fringe Acts! I’m not above toilet humour. The first time I met my father in law he laughed so hard a fart snuck out, I lost it and laugh snorted and we’ve been friends ever since. Embarrassing bodily functions have the power to bring the young at heart together like that. We love Mr Snot Bottom, not just because he’s an Adelaide boy at heart, but because I have 8 nephews and know that bum and fart jokes are a valuable currency. Solid gold (brown) nuggets that pay off every time. Mr Snot Bottom AKA stand-up comedian Mark Trenwith is a performer who nails kids humour and doesn’t forget to keep the Mums and Dads laughing too. I give him five sharts. I first saw Dandy Man AKA Daniel Oldaker a few years back. I cried with so hard with laughter I think a bit of pee came out. He is one of those acts that have me captivated from start to finish. Dandyman is my circus pick, but he’s not a traditional juggler or acrobat. He’s like Mr Bean’s better looking and cheeky younger brother, crossed with some Jim Carrey-esque absurdity and quirky Baz Luhrmann aesthetics. Dandyman is full of surprises, an act you can take the whole family to, from toddlers to Grandmas. He has an afternoon show at Royal Croquet Club but keep an eye out for him doing guest spots at family friendly variety shows and street theatre showcases!

I’ll be honest; I’m not a fan of ‘kids’ music’. I’ve never understood listening to The Wiggles ‘Big Red Car’ when you have the Beatles ‘Yellow Submarine’. There’s always an exception to the rule, and in this case it’s Peter Combe. There’s a reason his career has covered my lifetime and it’s because he’s a great musician, a funny songwriter and seasoned entertainer. ‘Newspaper Mama’ is the soundtrack to my childhood, maybe yours too. Growing up in the 80s and 90s was the BEST and so is Peter Combe. So ‘Wash your face with orange juice’ and get to the garden for a silly sing-a-long with the kids! *Note – he’s also doing a show for big kids again this year. Book Fast because he sells out fast! 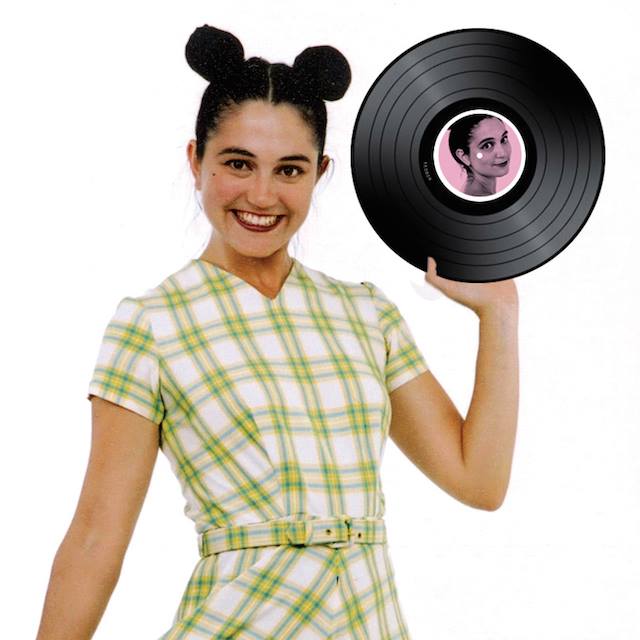 We are a family of music lovers. My youngest has been a booty shaker since she could move but taking your three kids out to Fat Controller on a Saturday night is generally not cool. You can’t do nightclub toilet lines when your 14 month old just did a number 2. Try explaining that it’s yoghurt smeared down the front of your top, not… ah, forget it. Thankfully we still get to boogie with the babes at Monski Mouses ‘Baby Disco Dance Hall’.

This international sell out show is a must for music lovers and under-fives. Monski Mouse is a DJ, producer, mother of two and mixes up a dancefloor fit for toddlers and waddlers – mums have been known to waddle too right? I can’t wait to see my little girls dropping it like it’s hot to my favourite throwback hits and funked up nursery rhymes. See you on the d-floor babes! Mickey D was the resident MC for our sell out show, The Breakfast Club. I’m a huge fan and completely biased because I have had the pleasure of laughing at him for nearly 18 years since he dropped out of our uni course after storming the national finals at Triple J’s Raw Comedy. He has been performing all over the world since, including 10 Edinburgh fringe festivals and 2 at the Montreal Festival (comedian’s Holy Grail). I’ve seen him rock some of the biggest and baddest crowds around the globe and love it when he returns every year for Adelaide Fringe. Every year he’s got new material with even bigger laughs to be had – guess that’s why he’s picked up so many ‘Best Show’ awards along the way.

Mickey’s a family man now, an ultra-marathon runner and he recently appeared on TVs across the world in the UK reality show, SAS: Who Dares Wins. This year he’s not quite squeaky clean, more like cheeky clean – and G-rated. While there are plenty of events for little kids at Fringe, finding a show that’s good for kids, teenagers AND the mums and dads isn’t easy – so this is the one I’d recommend. Book to see Mickey D at Gluttony in a family friendly timeslot so you can take everyone to see his show, I know my nephews can’t wait.

PS – He also hosts the Phatcave, a late night comedy show with different local and international guests every night. So start organising babysitters and stay tuned, because I’ll have my list of late night destinations up for you soon!

If you’re after some more ‘adult’ friendly Fringe Shows – check out our 10 Adeladies to catch at the Fringe.