Adelaide’s Mad March brings people from ALL walks of life into our CBD. It’s a crazy montage of arty-farties/Clipsal car loving bogans/Adelaide Festival snobs and of course the occasional Festival Grinch! And we wouldn’t have it any other way… Which one are you?

You can’t miss them because they’ll be the ones likely shoving a brochure in your face, promoting their own show because paying someone else to do that shit is expensive! Make friends with these people, I can guarantee that we (yes, I fall into this camp) know how to party and Adelaide, we sure can teach you a thing or two!

On one special weekend of the year in this beautiful place we call Adelaide, polar opposites clash and passionate fans of motorsports and all things that go ‘vroom vroom’ are thrown in the mix with the largest arts festival in the Southern Hemisphere (yep, Fringe is THAT BIG). It’s on this weekend that some of the more curious visitors find themselves in the wrong East End Parklands, asking if they serve West End at the bar and loudly exclaiming, “This art stuff is weird”.

You bump into them in The Garden and your first thought is to offer them directions on how to get to Victoria Park – but then you realise that Clipsal is next weekend – and they’re holding a ticket in their hand. On closer inspection the ticket is for a Heath Franklin show but that’s fine – it’s all artistic expression after all. Who am I to judge anyhow, I’ve written an entire comedy show about Tinder and dick pics. It’s funny how The Festival – the older, more mature sibling to The Adelaide Fringe seems to just fade into the background – but she’s there and she’s usually getting up to some really bizarre shit. Being an open festival means that anyone can put on a Fringe show, meaning that there is a lot of variety and shows of varying calibre. The Festival, being carefully curated tends to be much more refined with acts that may be incredibly edgy but are certainly polished. The Show Snob will shun anything that isn’t presented by the Festival – but that’s certainly their loss!

Ask this punter who they’ll be seeing this Fringe and they’ll likely name a couple of well known comedians and the ‘must see big name production of the year’ before stopping at that – and that’s fine! Yay for them getting out and see some culture BUT if you happen to bump into them, why not suggest something a bit quirky, a bit alternative (maybe…local?!) – after all, it’s all about experiencing something different! Moving from show to show with speed and agility that can not be matched, this patron is here to see as many shows as they can – and they’ll probably tell you all about it. Last year I saw 43 shows – that’s a lot but it’s a number that others would scoff at, with many people cracking the hundred mark. It’s great to see as many shows as you can – that’s what it’s about after all but sometimes it can all get too much and if you push it too hard then those post Fringe Blues will hit harder than ever.

Mad March is the time of year that gets almost all of Adelaide out of the house – so you’re bound to bump into someone that you haven’t seen for ages when you hit the streets. It always seems that you tend to bump into the people you don’t want to – so without a doubt, one of them will be an ex – or worse yet, that relative that you spent the entire festive season avoiding!

My Mum always said, if you can’t say anything nice, then don’t say anything at all – this person has clearly never heard this advice. Ready to whinge about everything and anything, they’ll tell you all about how it’s impossible to park, there are people everywhere and everything is too loud. This person is the literal worst – plus have they never heard of public transport? Do they not know how to ride a bike? Avoid them at all costs – they clearly hate fun and are not worth your energy.

This person walks around in a state of constant shock, gobsmacked and proclaiming; “I’m so confused, I heard that Adelaide was boring!” They showed up and didn’t realise that it was our busiest time of the year, but guess what? They heard wrong anyways – just because it’s easy to find fun in February and March, it doesn’t mean that we’re boring for the rest of the year. Adelaide doesn’t suddenly switch off at the end of March – it just starts a game of hide and seek. Look for activity and you’ll find it easily enough! 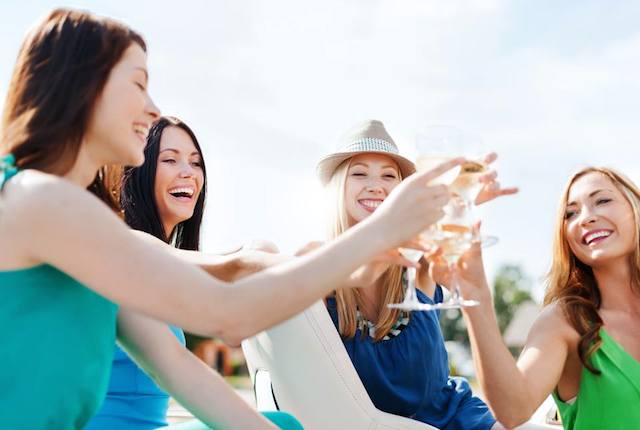 Someone whose been touring for years – you’ve probably seen their face on TV. Was it an ABC show? Or a comedy special on Channel Ten? It probably doesn’t matter because now they’re coming down Rundle Street and walking straight towards you – oh and hey, he really is just as good looking as he seems on TV – gush! Don’t fan girl out though – if you find yourself sitting near them in a bar, maybe strike up a conversation or just be like…normal? Don’t do anything that I would do basically. I can almost guarantee you that stealing their hat will not get you in the good books…

Did I miss anyone?

If you love this and you love Adelaide, you might enjoy my Ten People You’ll Meet Climbing Mount Lofty.