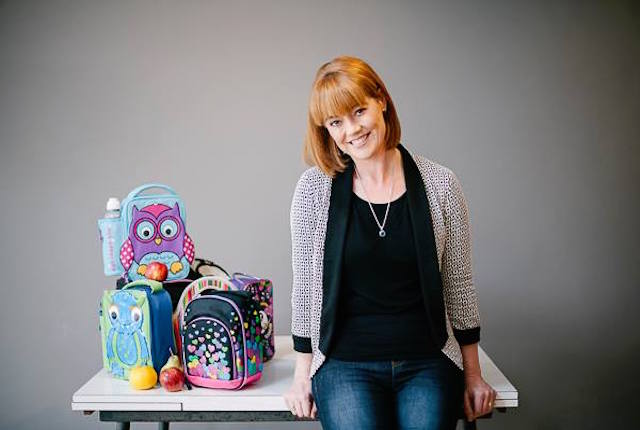 Going Gluten-free was the best thing ever for my Daughter! As mums, we worry about our kids. All the time. Will they hurt themselves at the park? Are they learning enough at school? Are they wearing the right clothes? Mummy guilt. Where would we be without it?

But sometimes, those worries pale in comparison with the really big issues that can come along and hit us between the eyeballs. More than six years ago, my husband and were gripped by one of those big issues.

Our middle child, Lucy, was a pale and unhappy little girl. She had a grey complexion and was gripped by frequent stomach pains and bloating. She was lethargic, unable to cope with any challenges whether physical, mental or emotional. As a baby she had been in the highest percentiles of the growth charts but three years on, her growth had all but stopped. And then there were the tantrums and meltdowns. On a daily basis, she’d scream full-tilt for up to two hours. Over anything. It was taking its toll on the whole family.

Then one day, I decided that her issues must be diet-related because I was fresh out of other ideas. I took her to the doctor and asked for her to be tested for coeliac disease. It wasn’t a completely out-of-the-blue idea as our niece and nephew had been diagnosed about ten years prior. I’d had a bit of an idea of the symptoms, but I’d never seen them in a young child and at such close range.

What is coeliac disease?

Coeliac disease is an autoimmune disease which is affected by gluten (a protein found in wheat, barley and rye). When a coeliac eats gluten, the gluten damages the lining of the small bowel and inflames and flattens the tiny fibres that absorb the nutrients in food. So the fibres can’t do their job and so the person misses out on the benefits of the nutrients.

This can lead to severe conditions associated with malnutrition, including cancer, osteoporosis and even death. Although there is no known cure, there is one very effective treatment: a strict, lifelong gluten-free diet.

For Lucy, who was then aged four and a half, blood tests showed a positive result for coeliac disease. But because the blood tests are considered to be fairly unreliable, a lower bowel biopsy is the only way to make the diagnosis. Importantly, the patient must still be on a gluten diet at this time.

So off we went for an endoscopy. Even though we had to wait on the biopsy results, the endoscopy photos left us in no doubt that she was a coeliac.

I took her off gluten straight away and I can tell you, it was a dead-set miracle. No kidding. Within two weeks, the change was huge. And within six weeks, we had a completely different child. Previously, she couldn’t manage the 5 minute walk to kindy. Now, she ran the whole way. She was sparky, her cheeks were pink. I hadn’t realised she’d been in a brain fog until one day she sat at the table and coloured in for two hours. She was even looking at science books and asking “How does the brain work, Mummy?”

Previously she’d been a hopelessly fussy eater. She’d only eat white foods (coincidentally, they were all gluten-free. That explained a lot). Afterwards, she started eating everything. There were days that I couldn’t keep up with her appetite. She’d learnt to trust food again and was having a wow of a time exploring her new world.

And then there was the growth. Y’know how fast that beanstalk grew in Jack and the Beanstalk? Well, it felt like she grew even faster than that. Her body was certainly making up for lost time – in two years, she put on 10 kilograms. That was more than a third of her bodyweight at diagnosis. She quickly returned to her top mantle on the growth charts, much to the astonishment of doctors and health nurses alike.

This was an incredible time for Lucy and we were in awe of her progress. But it was also an exhausting, overwhelming time for me. I needed to school up fast about gluten-free everything, find places to buy groceries, get a handle on packing school lunchboxes and work out how to manage the all-important birthday parties. My baby, just 4 months old when Lucy was diagnosed, was also more than ready to start solids.

I was burning the candle at both ends trying to keep up.

But, like any other mum, I just kept going because I had to. When I felt overwhelmed, I just reminded myself of my girl’s stunning transformation. It was so joyous – I still get emotional about it.

Managing a huge dietary change in a child is not easy. But there are plenty of things you can do to make things easier. Here are my top tips:

1. Don’t take your child off gluten unless recommended by a doctor. If you’re worried, get the tests done. It may be coeliac disease, or it may not. You need an accurate diagnosis to be able to work out the best treatment.

2. Remember that your child may have some, but not all, symptoms. That’s one of the reasons the disease is difficult to diagnose and why an endoscopy is necessary.

3. Take baby steps. Go at your own pace when it comes to setting up gluten-free in your home. Read, then take a break. Just use a few trusty recipes and build on them gradually. Work out bit by bit how to set up your kitchen and protect your child’s food from being contaminated with gluten. This process can take a long time –don’t punish yourself for not having everything worked out all at once.

4. Celebrate your child’s progress as often as possible. Talk about it to anyone who’ll listen!

5. Join the Coeliac Society. They have fantastic information and part of the joining fee goes to medical research and awareness programmes.

6. Above all, keep things in perspective. Remember that a child going gluten-free is not the worst thing that can happen. A gluten-free diet gives them a normal life. For many other children, they will never be so lucky. Some kids have cancer, some need organ transplants, some have incurable terminal diseases. In the big picture, going gluten-free is not such a big deal for you, but it will mean the world to your child.

7. Ask plenty of questions. Because in the process of educating yourself, no question is a silly question.

The gluten-free regime requires a higher level of organisation from me. I keep foods in the house for every occasion and my freezer is well-stocked at all times. Healthy lunchboxes are my priority, so I cook and bake as often as I can, usually in large batches.

Lucy has largely accepted her gluten-free diet without complaint. She’s been an absolute trooper that way. The diagnosis at such a young age certainly helped, as does putting in a bit of effort to make sure she doesn’t miss out on food experiences such as birthday parties and class food projects.

Lucy’s gluten-free diet opened up a new world for me as well. Frustrated by the lack of quick and easy recipes on the internet, I set up my own blog, www.glutenfreelunchboxes.com . In the process, I transformed myself into a blogger, recipe developer and cookbook author.

As a family, the gluten in our diets has reduced significantly and we all feel the benefits.

And Lucy? She is now a bright and thriving ten year old with a strong creative streak and a flair for styling herself with clashing patterns and crazy colour combinations. She’s all the colours of the rainbow, which is lucky because she just loves rainbows.

The diagnosis was, and will remain one of the most significant events in Lucy’s life, because going gluten-free transformed her quality of life. I will always believe that it’s one of the best things that’s ever happened to her. I have since written a book to help other parents who may be going through what we did.

We don’t have a single regret. Not ever. She’s happy, healthy, sparky, funny, witty and just a wee bit crazy. Just the way we love her.