There’s something to be said about living in a city where it’s socially acceptable to turn up to work sleep deprived for a couple of months every summer. Mad March is upon us and there’s only a week left of Fringe! The Beastie Boys fought hard for our right to party, so put on your BIG GIRL PANTS and show us your stamina!

So here are my tips: Late night Destinations During Adelaide Fringe. 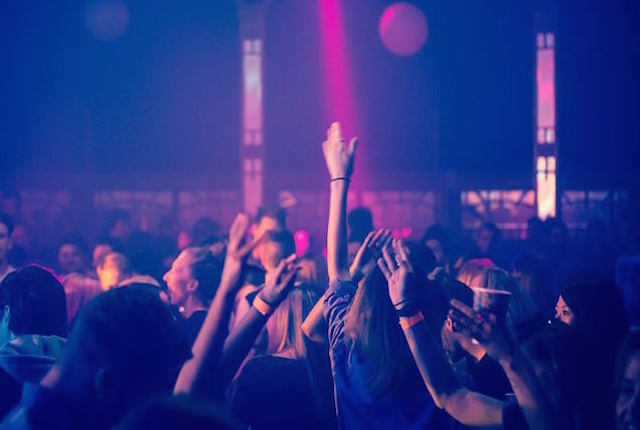 Fringe is the time of year where you should see all the incredible things that make your brain explode! The ingenious method of ‘crowd-funding’ at the Absurdities Freakshow involves the audience stapling money to the cast members’ bodies. The higher the denomination, the more absurd the location – a $20 ‘donation’ will have you stapling the bank note to someone’s butt – the mind boggles at where you might (and can) staple a $50 note…

Tuxedo Cat is where the fringe of the fringe goes to play. A late night cult favourite involving nudity and explicit images, Balls Deep will burn your eyeballs and twist your mind.

The place where cinephiles meet cabaret. A world where Divine dances with Romy and Michelle, a real life YouTube rabbit hole but with more cocktails and lip-syncing – that sounds like a perfect night out to a twisted mind like mine! Part club-night, part performance and all chaos!

The choose-your-own adventure-dance-party where YOU get to choose the music – if you’re quick enough that is. Start flexing your fingers because the real-time voting will have you battling your friends for control of the beats!

This has been my favourite late night show for over a decade. Held in Gluttony, it’s the place where the hottest comedians and fringe acts come to play and get away with the stuff they can’t anywhere else. It sells out all over the world and is one of the comedians’ favourites, so book quick. There’s only one rule – “What happens in the Cave, stays in the Cave”

You can always be sure of leaving Rhino Room with sore cheeks from laughing and sore legs from dancing. While you’re at the bar you’ll see some of the biggest acts from around the Fringe right alongside you, or even doing guest spots on the decks. The late Show at Rhino is an Adelaide institution – make sure you get there one late night.

This act from Vancouver is a sass-mouthed-songstress of smut. Shameless stories of sexcapades, she’s just trying to make a little cash singing about peens n’ vageens. Smothered in sauciness, C*ntry Music opens this weekend.

I’ve seen enough of BMX Bandits as a kid to know what happens in a cemetery at night is funny, scary and exciting. If you want to explore the quieter, creepy side of the Fringe, check it out.

I love to sing in the shower but the thought of getting up at karaoke leaves me mute – which is why I can’t believe I’ve not encountered this concept before. Instead of one singer- the whole crowd is the show, singing along to lyrics projected on a big screen. I’ve had so much fun dancing like a d*ckhead and checking out some of my favourite fringe acts taking the stage and encouraging the crowd to belt out classics with them.

Also, if you find yourself looking for a late night cab make sure you stroll past Fringe Illuminations on Nth Tce until 1am, or any of the other lit up buildings including Palace Nova, Tuxedo Cat, Edinburgh Castle, red Fox Café, The Coffee Pot and 2KW.

Have an amazing time maybe I’ll see you under the party lights at Gluttony and if these acts are too late – then there’s still Alicia’s 10 top Adelady’s to see or Boo’s overseas acts you can’t miss.

Remember we can all catch up on sleep in April, but for now – WE PARTY!