Adelaide is the ROMANCE capital this August

This time next month (August 18-21, to be precise) more than 350 romance authors will descend on Glenelg’s Stamford Grand Hotel for the 25th annual Romance Writers of Australia (RWA) conference. Romance is the highest selling genre in the world and the RWA conference is the biggest gathering of professional authors in the southern hemisphere – and it’s all happening right here in Adelaide!

The conference is open to the public, but bookings are essential. Find out more HERE.

So now seems like as good a time as any to bust some of those awful romance writer myths. You know, the ones that would have you believe romance scribes are all bored housewives, pink-clad Barbara Cartland clones, spinsters living with 300 cats or 50 Shades-obsessed nymphomaniacs. And who better to do that than four awesome Adeladies who write romance novels set in our fair town?

Carla Caruso, 37, is a freelance journalist and editor and a mum to three-year-old twin boys. She’s also the author of more than a dozen romantic comedy books, including novels Cityglitter, Second Chance and Catch of the Day (Penguin), the Astonvale romantic mystery series (HarperCollins) and several novellas and anthologies.

“I always wanted to write books, but the romance thing was accidental. I love that romances encapsulate that giddy, anxiety-inducing time when you meet someone new. What I also like is that I’ve been married for nine years, but I can have ‘crushes’ on the heroes I write about totally innocently!

The snobbery towards romance fiction does irritate me. I’ve heard writer acquaintances who are more literary-orientated say they wouldn’t read or review a friend’s book because ‘Oh, no, I don’t read romance’ (with their noses in the air). Um, excuse me, you’re a writer, but you wouldn’t even attempt to read a tale from THE most popular genre ever? Have you opened a romance novel lately and seen how smart and sassy and amazing they can be?

When I first braved going to writerly events the only people I ever seemed to meet were literary types or people writing sci-fi or memoirs – never commercial women’s fiction – so I never felt like I fit. Then, through a writers’ critique group, I heard about the South Australian Romance Authors group, and through them the national Romance Writers of Australia. I’ve never looked back, or learned so much about the industry and ‘craft’. I’ve found my tribe!
I like that I can set my books in a place like Adelaide – a small city with a country feel – and offer something different to the publishing landscape. Adelaide provides so much scope to write about too, with its laneway bars and quirky suburbs. And then there are the more far-flung spots like the Fleurieu Peninsula and Barossa Valley … what’s not romantic about these places?” 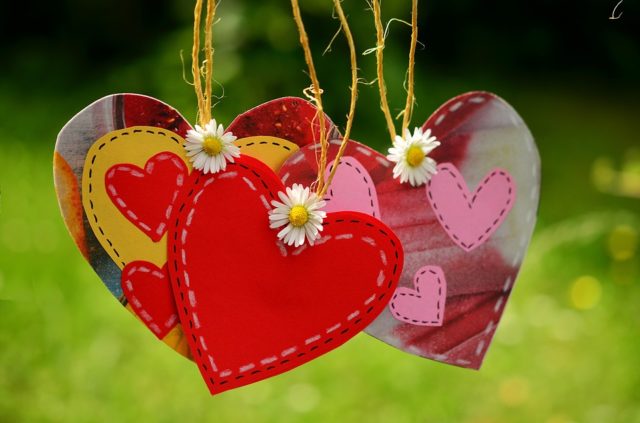 She may be just 22, but Sarah Gates isn’t wasting any time. A full-time law/arts student who won the 2015 Colin Thiele Scholarship for Creative Writing and also has two jobs, she wrote her debut contemporary romance novel, Love Elimination (Harlequin), in just eight months.
“I love reading romance, so it was only natural that I’d try to write one. What prompted me into action was winning a grant that supported me in trying to write a book in eight months with the help of a mentor: bestselling romance author (and fellow Adelady!), Victoria Purman.
It’s easy to connect with other writers in Adelaide. There are only two or three degrees of separation between strangers. I’ve met so many wonderful writing friends who keep me motivated, open up opportunities and are great company.

It’s always nice to talk to someone who understands when you’re on deadline and battling writers block or crippling doubt.

I think the clichés and stereotypes around romance fiction are a feminist issue. It’s no coincidence that romance novels are written predominantly by women, for women and about women—as well as being considered less worthy of reviews, awards, public discussion and so on. It’s very frustrating, but there is also a really strong romance community fighting on several fronts (writing articles for the mainstream media, growing academic research etc) while we go about loving the genre. There is hope!”

Beck Nicholas, 38, is living the dream of writing for a living. She has four young adult (YA) romances to her credit including What I Saw (Harlequin). Oh, and a PhD in laser chemistry for good measure.

“I always read romance and when my doctorate was complete I decided to write what I loved to read. I started out writing adult romance but found my voice (and publication) when I switched to the YA with strong romantic elements that I loved to read most of all.

I love the hope in romance. I love to cry, first with the character’s trials and then with happiness at the end. For YA I prefer a happy-for-now rather than happy-ever-after end.

For YA, the biggest cliche is that every story is Twilight – which has wonderful merits, but there are a range of romantic possibilities and settings that don’t involve vampires (and for that matter lots of highly original vampire romances that are nothing like that book). There’s also the criticism that if there’s a romantic element that the heroine is weak or being rescued.
Being a member of RWA has been amazing. I’ve met people who have become friends and without the contests, workshops and pitching opportunities I wouldn’t be published. This year’s conference is going to be amazing. I can’t wait to show off my city and come away exhausted and filled with new ideas and passion for what I do.

Our amazing coastline has inspired a number of locations in my stories. Adelaide is a wonderful city for romance authors because the romance writing community is both vibrant and incredibly supportive.”

“Writing is something I do when I’m not at my day job with the State Government’s Office of the Industry Advocate. Mine was not overnight success – I received ‘the call’ from Mills & Boon almost 19 years after I had sent them my first manuscript. I had stopped and started over the years and it was only when I was diagnosed with breast cancer in 2012 and took nine months away from work to undergo chemotherapy that I decided I needed a focus apart from my health and began a manuscript. This book was accepted the following year by Mills & Boon in the UK.

Adelaide is a beautiful city and I have set many of my books here as there is so much to draw upon in terms of landscape, cityscape, cultural diversity, history … and we can have all four seasons in one day!

I recall telling someone that I was thrilled to have signed my first two-book contract with Mills & Boon and she responded by asking for the URL of the website with the manuscript template so they could fill one in over the weekend. I told her there wasn’t a template and it would take a little longer than a weekend to write a manuscript. She then asked for the formula. I answered her second equally absurd request with, ‘Hero meets heroine and they overcome obstacles on their way to finding true love…’ and that the other 50,000 words were up to her!”

So, come along to the conference — it’s open to the public, but bookings are essential. Find out more HERE.