While post-natal depression and anxiety is something that we’re starting to talk about more, there is still so much that we all have to learn.

Thank you Claire, for empowering women everywhere by using your own experiences to raise awareness for such an important issue.

For as long as I can remember I have wanted to be a mum. I truly believed I was made for the job and that when the time finally came it would be amazing and I would be great at it. When I fell pregnant with our son, Charlie, while planning our wedding that was to be the following year – my fiancé, Christian, and I were beyond excited. At the beginning, of course, we had the usual anxieties about becoming parents for the first time but those feelings would always pass and be overrun with joy.

As time went on I started to feel disconnected from the pregnancy. Any joy and excitement I had previously felt was soon met by a feeling of numbness and feeling overwhelmed by anything baby related. It was a very confusing time as all I ever wanted was this exact experience – and to be perfectly honest, I was miserable. I had a history of mild depression in the past so I decided to book in with a Maternal Mental Health Specialist – as suggested by my GP.

I had a few appointments with a mental health midwife and it was decided that medication was needed, something safe for pregnancy. She was amazing and kind, and I felt like perhaps I was on the right track to feeling better. I carried on with a not so glamourous pregnancy where I continued to have ‘morning sickness’ up until about 32 weeks and needed an iron infusion not long after. I felt horrible for most of it and constantly guilty for feeling the way I did – I should consider myself lucky, right? I was able to fall pregnant and my baby was healthy.

A few weeks before Charlie was born it was discovered I had developed Preeclampsia and was to be induced a few days later. It was a complete blur from then on and a traumatic experience for all of us. After a few complications about five hours into labour, his heart rate started to drop. Charlie made his entrance into the world by way of two failed vontuse attempts and then, finally, forceps on the 20th of June 2015. It was then found that he had a hairline skull fracture amongst all the bruising. He stayed in special care due to jaundice and the damage done to his head during the delivery. And as for me – well I’m sure you can imagine the state I was in! 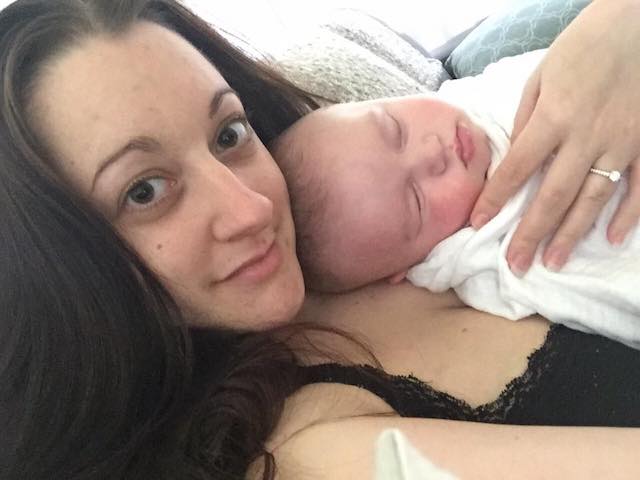 I was discharged from hospital less than 48hrs after delivery and had to board with no nursing care so I could continue to feed Charlie in the nursery. We were then sent home and told that everything would heal itself in good time. Just like that – this is the way we had started our journey into parenthood.

Charlie, of course, did heal with time. The bruising went down eventually and he was as gorgeous as ever. He was a fantastic baby and just had the usual three hourly feeds and some issues with reflux – other than that he was settled. I had all the intentions to breastfeed but from the start we had to top him up with formula, as my milk supply was pretty much a no show. I eventually gave up breastfeeding as my mental health started to decline. The baby blues had come and gone but as the days went on I found myself unable to sleep, even when Charlie was sleeping, and the exhaustion became unbearable. I had lost 13kg in two weeks. Sometimes it felt like I wasn’t in my body and completely detached from the world. I would continue to try and carry on like I thought I had to, having visitors and making every possible attempt to make things the way I had dreamed they would be. I had a lot of support from Christian and my family, especially my mum who was there often helping in anyway she could. My decline became noticeable and we decided that I needed to see the specialist again. I was prescribed sleep and an increase in antidepressants. As suggested by the doctor, my parents would have Charlie for a night or two so I could get solid sleep with the help of medication. If he was in the house and Christian was with him I couldn’t turn off – so we had to send away our newborn baby. It was horrific. But the only way for my medications to start working was if I got some sleep – so we did it. Over a week or two of trying this, I wasn’t getting any better. I was in a vicious cycle of panic attacks when Charlie was due to be dropped back home and even though I got a bit more sleep at night a few times a week I felt like I was drowning. The uncontrollable tears didn’t stop and I felt completely disconnected from Charlie. Motherhood was so far from what I had expected it to be.

When Charlie was about 5 weeks old I started experiencing the most horrible feelings and was having thoughts of taking my own life. Anyone that knows me would agree that this is far from the Claire they knew. Only a few years before I had nearly lost someone close to me in a car accident and taking my own life seemed like the most selfish act possible. Visions entered my mind of walking out into the street into oncoming traffic or consuming a whole box of sleeping tablets. In my mind it was the best thing for everyone. Charlie and Christian deserved better and if I just left I wouldn’t feel this pain inside me anymore. After a few days of this I told my mum when she arrived to help me out for the day – as Christian was back at work by now. She told me to go back to bed, settled Charlie to sleep, grabbed my purse and took out the contact details for my mental health midwife. She was again fantastic, and told mum they would send out a triage to the house immediately. She put me onto the phone as she wanted to tell me something really important, and I will never forget it. She said ‘Claire, it’s going to be ok, I promise no one is going to take your baby away from you and we will get you the help you need!’. 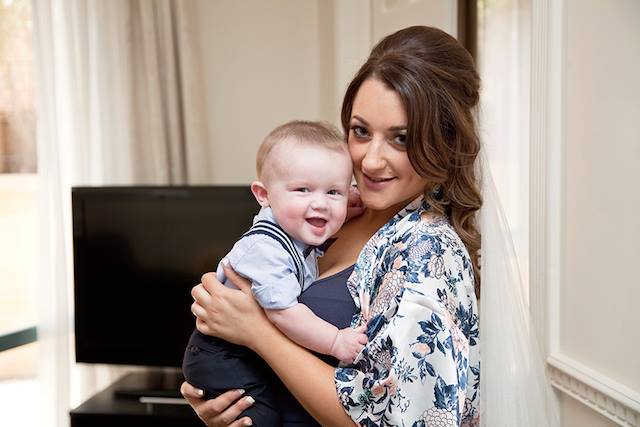 It was suggested that I be admitted straight away into an adult facility without Charlie but Christian and I both decided that’s not what we wanted. So we waited for a place to become available at Helen Mayo House here at Glenside Campus in Adelaide. It didn’t take long and I was bumped up the list. When Charlie was seven weeks old I was admitted with Charlie by my side. He came along for the ride and was completely perfect the whole time. I was terrified and remember not wanting to go and leave my house and be in the care of complete strangers. But mum and Christian needed a break from caring for me – so off we went. I thought maybe I would be in a few days to a week, perhaps.

I spent five weeks in the care of psychiatrists, nurses and counsellors and it without a doubt saved me at the darkest time of my life. I was placed onto a new high dose medication, had daily counselling, yoga, mindfulness and exercise. By nine weeks old Charlie was sleeping through the night from 10pm until 7am so I began getting more and more sleep. It was like any other mental health facility in the sense that I was constantly monitored, wore an arm band, and was watched while taking medications. But, I will say that Helen Mayo House is so very different also. I shared my stay with five other women and their little ones, It was a village. I bonded with a few of the women and will never forget the time I had with them. All of us were the same, just ‘normal’ mums who had needed help at an extremely vulnerable time. And we were so lucky to have gotten it. Christian was incredible and took it in his stride. He went five weeks without his newborn son and he had also lost the partner he knew and loved. Over time he slowly got me back and it never changed how he felt about me. We decided to still get married, as planned, three months later. With the help from my amazing parents, family and close friends we managed to pull off an amazing wedding day. It was beautiful and Charlie was, as usual, so well behaved. Although I was still on the road to recovery, that didn’t take away from the fact that I did it. I recovered from my darkest place and if there was one thing I want all parents to know who are suffering from mental health issues is that you can get better. It takes a team of people and, of course, time. But recovery IS possible. Charlie is now a beautiful and terrible toddler at nearly two and a half and I have come a long way. I decided about four months ago I would become a PANDA (Perinatal Anxiety & Depression Australia) ‘Community Champion’ to help spread the word about recovery and reduce the stigma associated with Post Natal Depression and Anxiety. It is an amazing organisation to be a part of and this ‘PNDA Awareness Week’ we are sharing our stories and raising funds for PANDA to help others who may be suffering. If you or a loved one feels they may be suffering from Post Natal Depression, Anxiety or Psychosis and you don’t know what to do there is help available. PANDA’s National Helpline is available Monday to Friday from 9am to 730pm. Get your village together, and please, make the call to your Doctor or the PANDA Helpline as soon as something doesn’t feel right. Our babies need their mothers and fathers to be ok – And there is absolutely nothing wrong with getting the help you need.

If you or someone that you know is struggling the with signs or symptoms of Post Natal Depression & Anxiety, please call the PANDA National Helpline on 1300 726 306 or visit their website www.panda.org.au